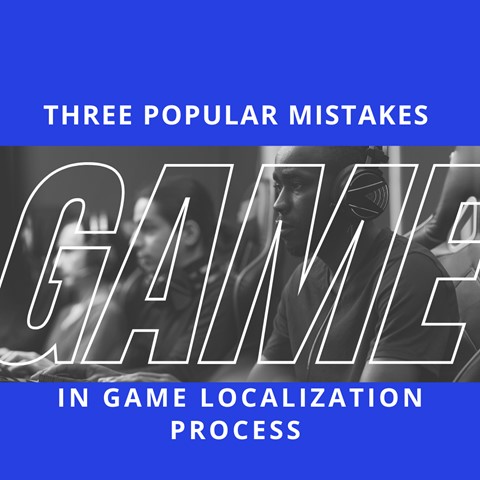 Game localization is translation and adaptation of a game into other languages. It is not always simple to do as, in order to make a new product version, you should find the right mood and understandable meanings for the target audience, and keep to the original at the same time.

Peculiar attention in game localization process is paid to the culture, traditions, slang and its accurate merging with the plot and the author’s idea.

Computer and mobile game localization is one of the most requested services in our company. However, not all developers pay due attention to game localization process so far. It’s a bad idea, since ignoring of this stage may lead to a game breakdown in a new market.

Game industry develops primarily thanks to devoted and hardcore enthusiasts, who follow all changes, tendencies and releases. And who are very sensitive to the slightest failures in their favourite products. This means game localization should be done, and it should be done in a quality manner.

Read also: How Much Does Localization Cost

What are the Common Mistakes in Game Localization

It is important to consider cultural characteristics of the markets chosen for game release. In other case, you will not avoid risk of confusing, scaring or even offending the representatives of your target audience. The case may be not only in interface, description, dialogues, inscriptions, but also in a game content: plot, images and characters, disputable events.

Arabic players will not be delighted with nude bodies, mentions of Greek gods or women with poor social responsibility. German gamers will be offended with swastika, and Americans will go angry to see violence towards dark-skinned characters.  Therefore, if you value your reputation and product success in the foreign market, place a significant importance to game localization process. Otherwise, be ready to debates and accusations in homophobia, sexism and other horrible sins.

The axiom “Buy cheap translation, buy twice” is fair towards game localization process as well. The attempt to save money will require extra work after all, and as a result — extra time and costs.

You shouldn’t entrust localization to a random unknown contractor. And refuse even to think about machine translation or Google Translate. Indeed, it is fast, convenient and cheap. However, you need quality, right? This option is not included here. This is not saying about privacy that is a powerful argument in competition.

Conclusion of an agreement with a professional translation company and signing of NDA will save you from game localization mistakes and guarantee quality product as a result.

Read also: What is game localization needed for

If you only knew how many times we received the request from clients to localize games and apps and “to save the source code”. The similar problem is quite solvable, but it would be easier if you didn’t build the text right in the code.

Even if you are not planning to promote your game to the foreign markets at the first stage and do not think of game localization process, you still should make a separate file with all game texts in the form of variables. This will simplify work of translators and localizers in future, and it will save you time and money.

Game localization process is an important part in production and release as it makes a game available for new markets and audiences.

Around 16% of gamers’ feedbacks concern localization in any case — either its absence into the native languages of the audience or its poor quality. Language barrier can disturb players to enjoy the game, but it will not stop them from leaving negative feedbacks and low marks.

That’s why, we write and speak about mistakes in game localization so much and want you to avoid them.

Read also: Localization and localizability: what you should know before the project launch

Subtitles or dubbing: what is better for video translation

Go to our Instagram page, see for yourself — we are fully competent in it!

The latest news and efficiency hacks.