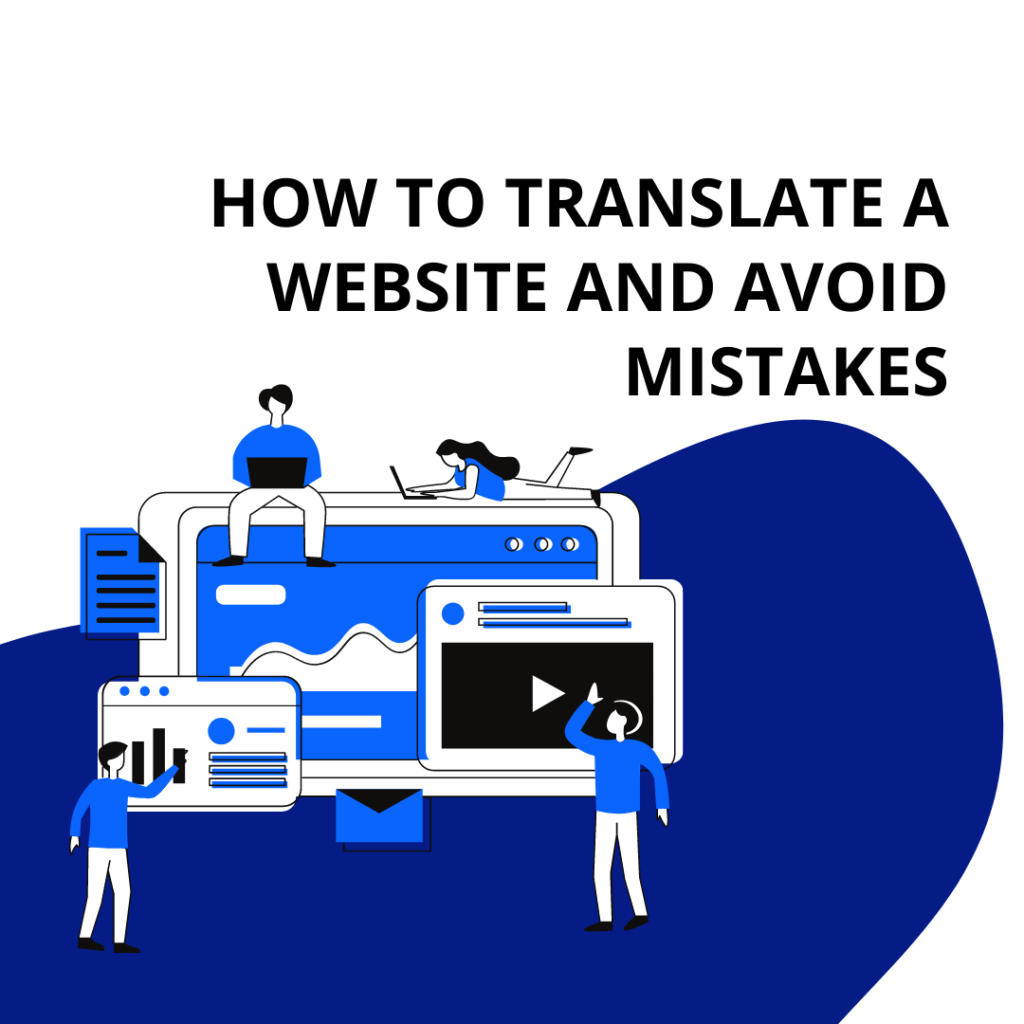 It has been a long time that the international market attracts Ukrainian companies with high prices on goods and solvent audience. According to the Econsultancy’s Ecommerce Best Practice Guide, there are above 900 million Internet users only in China, and online trading has reached 50% of all sales in the country.

E-commerce in the USA is also growing at a swift rate showing a stable annual growth of 15% (results of the IPG.ESTATE study). Therefore, promotion to the market of these and other countries promises tempting prospects for foreign players, including Ukrainian ones.

The company that has decided to scale up in the foreign market should prepare therefor seriously. The key step is to translate a website into a foreign language

In this article, we are to consider the ways to translate a website into foreign languages and some mistakes that companies make trying to win the international audience.

Why is it necessary to translate a website into different languages in the context of international markets?

When it comes to choosing a language to translate a website, business owners make the main mistake — they keep to the English version only. Undoubtedly, this is an international language of communication and translation into English is the minimum to start preparing a website for the international arena.

But it is highly likely that local audiences in many countries around the world, who prefer resources and content in their native language, will ignore such website. Let’s consider this problem with examples.

Despite the fact that English has been included into the Chinese school curriculum for a long time, only about 1% of local residents speak it fluently. You can hardly find an English-speaking Chinese in the hotels, restaurants and other touristic locations. So, nothing to say about ordinary residents? Thus, the main rule to enter this country market is an obligatory translation of the website into Chinese.

At the same time, the quality of translation is of great importance, so it is advisable to do it by the native speakers. And in no case try to save money using Google Translate or other software. The Chinese like complicated phrases and deep sense, and they will never accept a machine-created text without soul instead of a human-made one.

It is another example when English website is not enough since Canada has two official languages — English and French. 67% and 21% of citizens accordingly speak these languages. However, there are locations, for example, Quebec, where more than 80% of citizens are French-speaking. And it is 6 million people.

Entering the Canadian market, ignoring the French version of the website means showing disrespect to the potential audience and losing it even before you have had time to present your product.

Many people mistakenly believe that English version of the website equally works for all English-speaking countries — USA, England and Australia. But each of these states has its own dialect of English with a specific pronunciation, spelling and vocabulary.

Of course, the British will understand the content written in American or Australian English in general. Still, it is better to make separate language versions for each country to win the audience loyalty.

Three ways to translate a website into different languages

There are several ways to translate a website into a foreign language, which differ not only in the cost of resources, but also in the effectiveness of the result achieved.

It is sufficient when the quality of translation is not that important.

Advantages of this method: no time and money costs.

Disadvantages: poor quality of translation, which allows you to quickly understand what the text is about, but does not guarantee the generation of traffic to the website.

This can be a specialist in a linguistic company or a freelancer.

It is important to understand that only an experienced contractor can guarantee the quality and high accuracy of translation — with cases on this topic, a large base of translators and editors, including native speakers. Can a freelancer give such a guarantee? The case is still up.

Advantages: accuracy and adequacy of translation, which means additional traffic to the website and expansion of the client base.

This method is suitable when cultural differences of the audience are very pronounced and deep adaptation of the content is needed. Then it is much easier to attract a copywriter and prepare new content than to translate and localize the existing one.

Advantages: each target audience will receive content corresponding to their national code and culture, which they perceive as close and understandable. This will significantly shorten the path to building loyalty.

The choice of a specific way to translate a website depends on the resources and goals of the company. But if we are talking about ambitious plans to win the international market, we recommend contacting a trusted contractor — a translation agency or a localization studio. They have an answer to the question “How to translate a website into different languages”.

Five reasons why you need a website translation into Ukrainian

How to Measure Localization Efficiency

Rather than hundreds of friends, have one with invite in Clubhouse

How Much Does Localization Cost