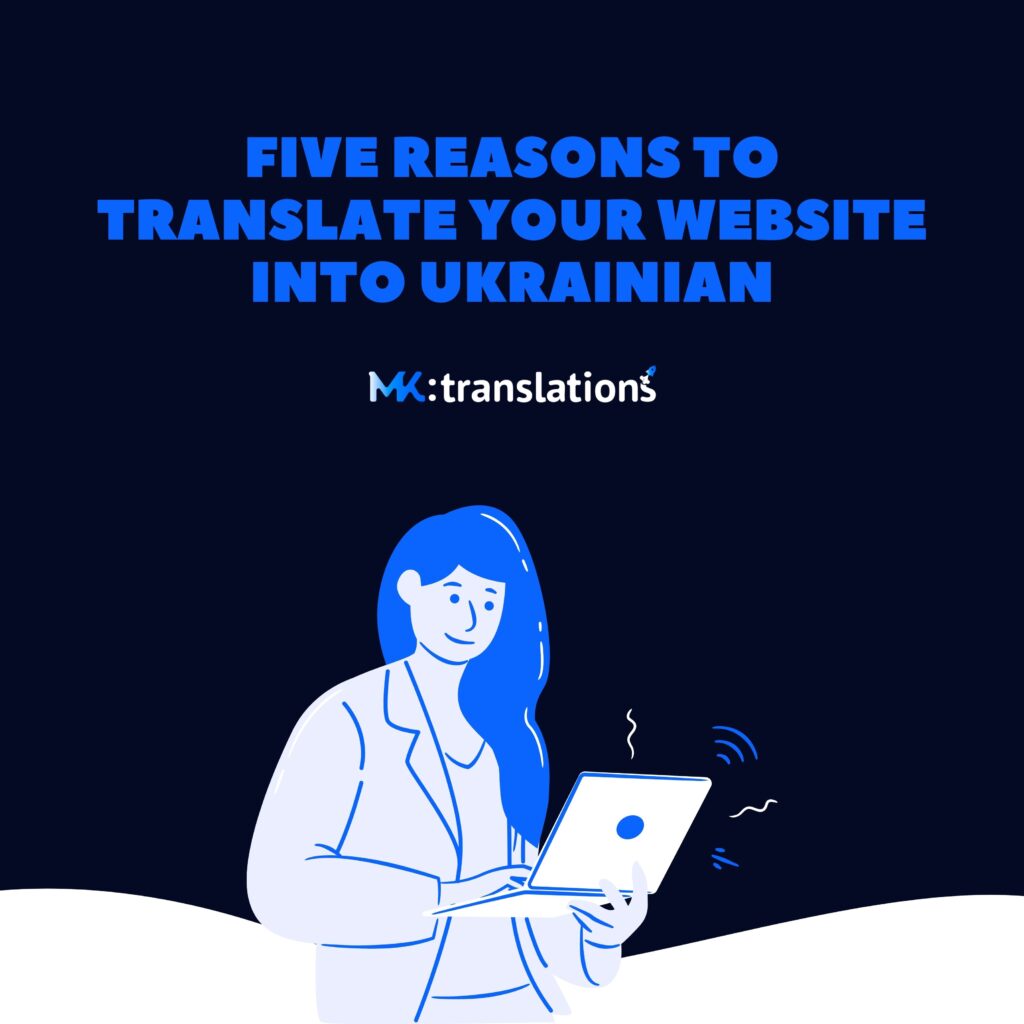 Is your website still in Russian? Have you invested great pains and money into its promotion and now you don’t understand why change anything and translate it?

This article tells how this need has emerged, and what benefits the companies that have obtained the Ukrainian website version already receive.

To answer briefly: here and now! And there are at least 5 reasons for it.

The Law of Ukraine “On Ensuring the Functioning of Ukrainian as the State Language” obliges each company in the country to serve customers in Ukrainian.

The following should be “ukrainized”:

From January 16, the acceptance of the consumers complaints for the Law violation by the companies has been started. The compliance control is carried out in the office of the State Language Protection Commissioner.

Be ready for control after the first complaint. Then you will receive a warning. If you don’t correct a violation or commit another one, you will be charged a fee of 300 to 400 times the individual income tax exemption. And this amounts to UAH 5,100-6,800.

According to GlobalLogic, the number of the Internet users in Ukraine has raised by 2 million people within the last year. The Ukrainian audience currently amounts to 30 million, i.e. 67% of the country population.

According to the monitoring results by the volunteers of “Prostranstvo Svobody” (Freedom Space) and “Uchi Ukrainskiy” (Learn Ukrainian) Initiative, 53% of the citizens speak mostly Ukrainian at home. This means that the Ukrainian speaking audience in the country is up to 16 million. Don’t you want to bring such a number of users to your website?

According to Babbel magazin rating, Ukrainian takes the 8th place in the top most widespread languages of Europe — 45 million people speak it. That is why website translation into Ukrainian will make it possible to expand your client base with your fellow countrymen residing outside Ukraine.

Due to the lower competition in the Ukrainian search area, the company having made website translation into English and correct SEO promotion is receiving better indexation and additional traffic to the website.

Moreover, the prices for the Ukrainian promotion with the help of Google Ads is lower so far, therefore you can receive fast and cost effective conversion.

Ukrainian online market has increased by 40% within the last year. According to EVO Product IT Company, the Ukrainians online shopping total cost amounted to UAH 107 billion. Now about 10% of purchases in Ukraine are made online, and every year this indicator increases. The audience is ready to buy online, and considering the community mood and Ukrainian language trend, the Ukrainian resources have more chances to attract clients.

There are three ways to receive The Ukrainian website version:

In the first case, you will need to expand your employee staff adding a translator, editor, programmer and optimizer.

In the second one, rely on random vendors’ qualification and honesty. And here comes the risk. After all, website translation includes not only content adaptation. The technical preparation of the new version and its optimization for further promotion are also very important.

We hope that the issue of website translation into Ukrainian is solved as well as the matter of when it should be done. Because the companies that met the Law requirements and “ukrainized” the business are already receiving the benefits in the form of traffic boost and client base expansion. Follow their example until your business rivals did it.

See also the article Localization and localizability: what you should know before the project launch.

How to Measure Localization Efficiency