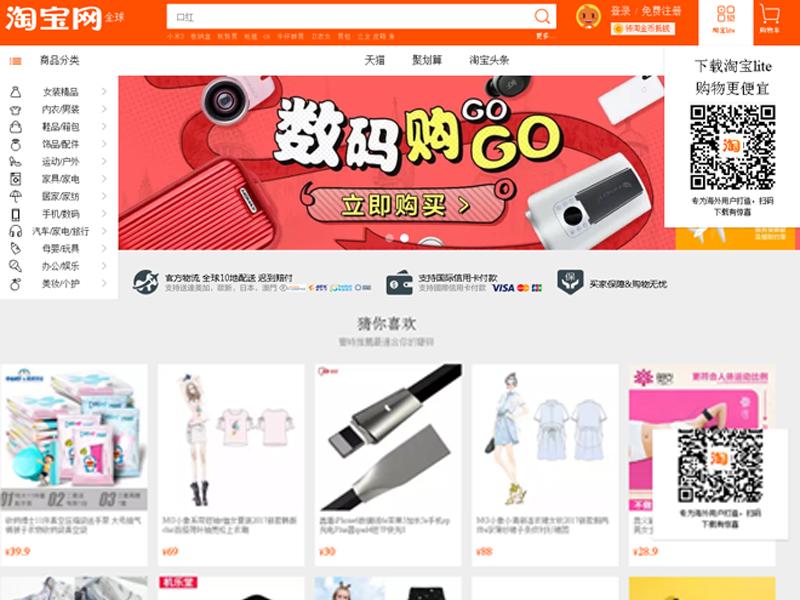 China has become the second world economics, and has the potential to take the first place by 2050. Chinese GDP in 2017 has amounted to $12,24 trillion that is close to the US one of $19,39 trillion. The Chinese market is very perspective for your online store promotion. However, your site should be localized in order to sell the goods to the Chinese clients. Let’s look at the examples.
*website localization is the adaptation of visual and text content for a target country.

Chinese has taken the first place in the top popular languages in the world according to the American resource Ethnologue of 2018. Within the past year, the number of people who speak Chinese reached 1.2 million. One in six people on the planet speaks Chinese. That makes up 16% of the total population.
Chinese is considered one of the most difficult languages to learn. According to the US Foreign Service Institute, it takes more than 2,200 hours to master the highest level of Chinese language proficiency. To compare, English-speaking people learn the world’s second most popular language, Spanish, in just 575-600 hours.
Chinese is likely to become another international language along with English in course of time.

Why hunting the PRC customers? The benefit is the following:
Free trade zone with China. From 2016, the establishment of free trade zone between Ukraine and China has been constantly discussed. It is profitably for China to collaborate with the Ukrainian market due to:

That is why, soon we will have an inflow of the Chinese consumers, who earn at average 3 times more (in the developed provincies) than a common Ukrainian ($900 vs $290).
The 2nd place in online sales. Almost half of online sales in 2017, that is above 47%, belongs to China. In the monetary equivalent it is $900 billion. This is the reason why China will take the top place in the world as for online sales in 2019, leaving the US behind.
Half of money world reserves. In 2014, the Chinese authorities changed its economic activity direction: from dollars accumulation in the national reserves to increased investment globally. As half of all US dollars are rotating in the PRC, think of attracting not only Chinese customers, but also investors.
Contribution in luxury spending. The Chinese economy is flourishing now, so a Celestial citizen has more money to purchase brand things and luxury goods. Opposed to a Ukrainian consumer, the Chinese are not chasing after low prices and discounts.

Why is the Ukrainian sites usability better than the Chinese ones?

Web design of the Ukrainian sites is different from the Chinese ones for the better. The scientists carried out a poll. 50 Chinese citizens were shown 2 styles of a real estate company website: Chinese and Western. 45 of them chose the European interface. The main reason is that the majority of the Chinese resources are overloaded with information. Have a look below.
The most popular news portal in China:

How to distinguish Chinese and Ukrainian sites? There are 8 core features:

Chinese Internet-giant websites are better elaborated as for design. They are not stuffed with unnecessary information and are aesthetically enjoyable. For example, sales channel interface of Taobao is thought out so well that shows its orientation not only on a Chinese customer.

The Chinese youth is already sick and tired of non-usable interface. This is why, the Ukrainian web design studios should enter the Chinese market. On the other hand, modern interface will be suitable for the youth only, while elderly people prefer more traditional style. If you make a decision to start your website localization for the Chinese users, this should be considered.
Examine the environment and target audience prior to investing into localization. You will waste the budget without knowing the target market.

Let’s look at the example of several world companies websites to prove that localization in Chinese may be user-friendly and nice to look at.
Google is localized in 150 languages, but all versions have the same style: 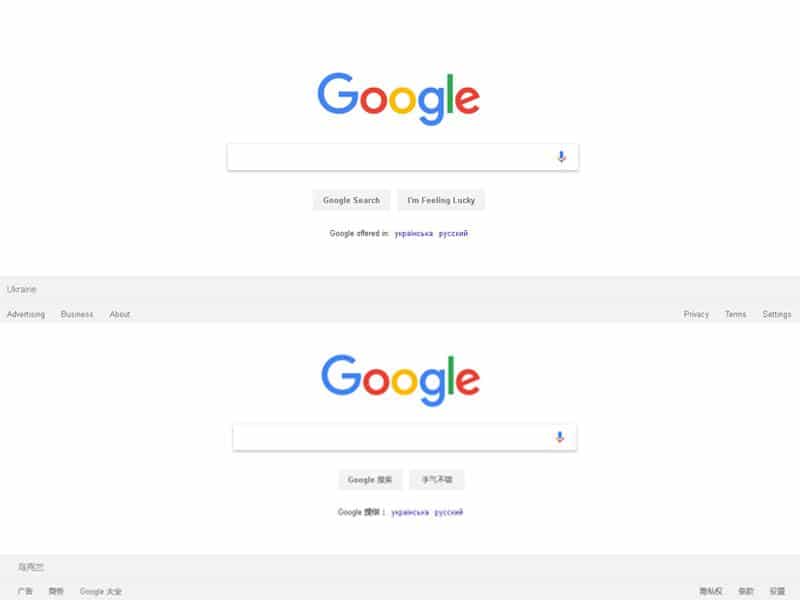 Japanese company Sony has localized its site in 156 languages, including Chinese. Sony has created a handy site with the presentation of goods for the Chinese fans of technology. 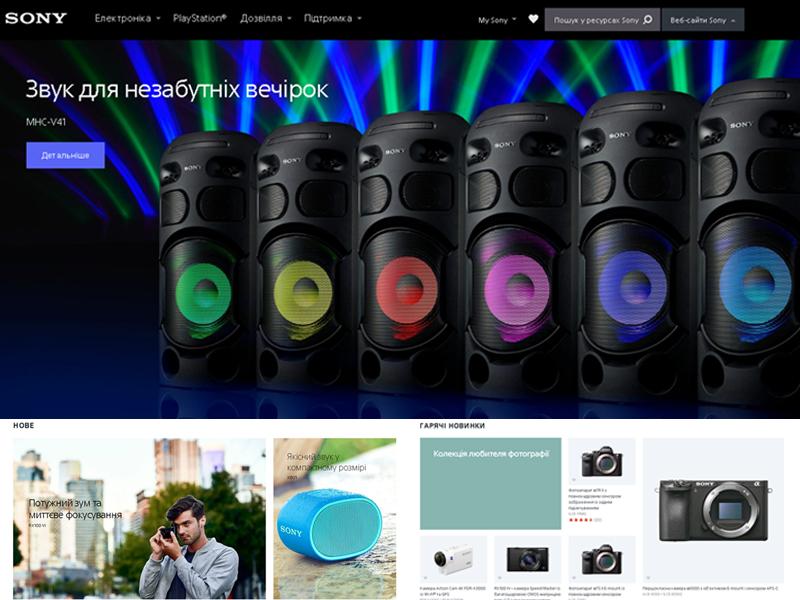 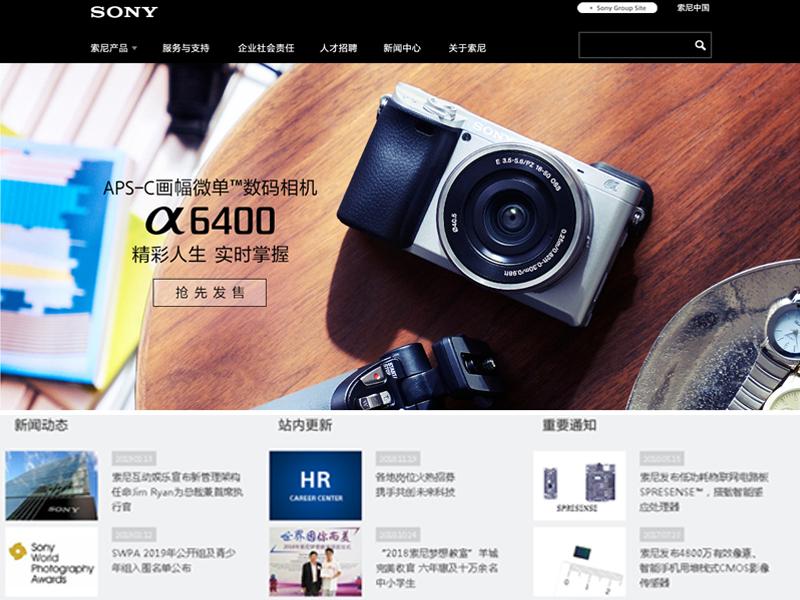 Website of the American company Apple is localized for 128 countries. However, like in the previous examples, the site concept is preserved. Localization has been only filled up with trendy photos of the Chinese. 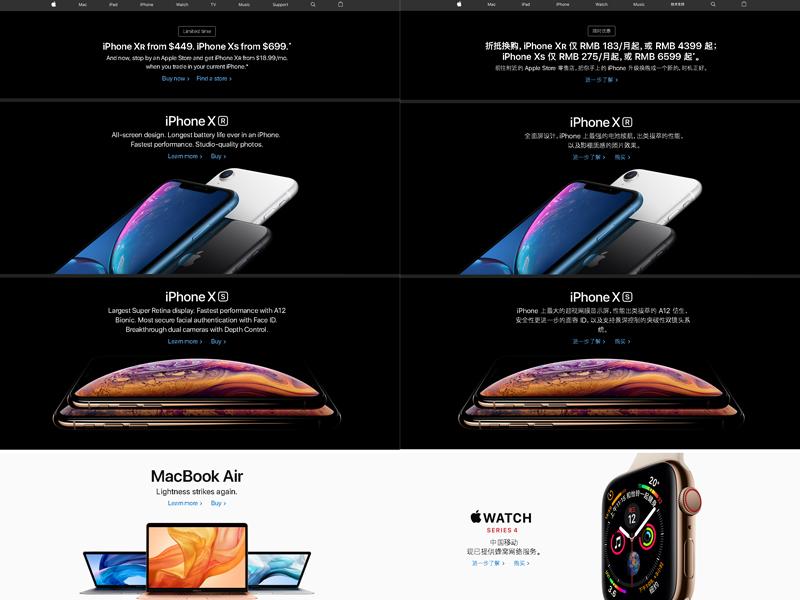 No need to copy the Chinese web design A-Z. Your site shouldn’t look like another Chinese resource. Preserve your individual company style, which will have an obvious advantage over the PRC rivals. Don’t forget to add Eastern details and respond to the interests of a Chinese consumer while adapting and translating the content.

We have discussed how to localize a site in Chinese, the major mistakes, and also had a look at how large companies do it. Now, let’s figure out the way to make your website localization really effective and bring customers from the Celestial.
5 life hacks for effective Chinese translation by MK:translations team: 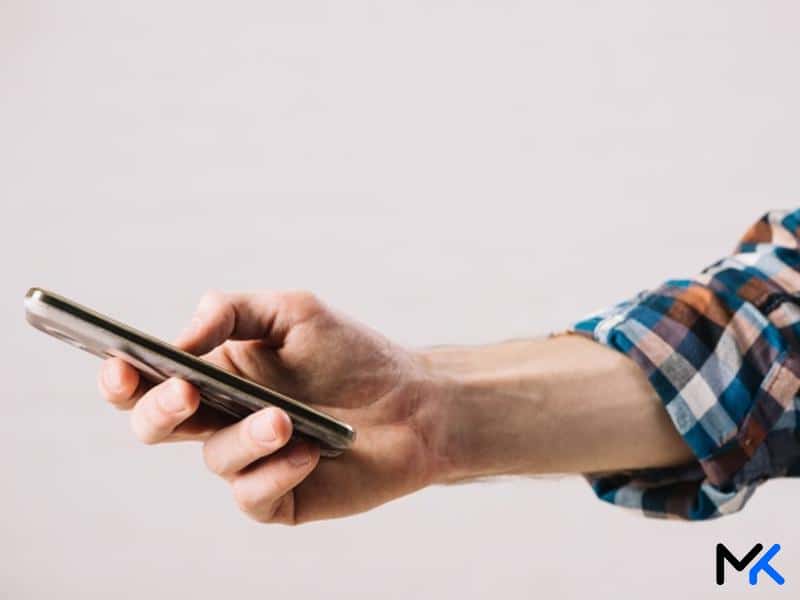 Contact our expert to introduce your company to the Chinese online market. We not only adapt your content, but also help find a common language with the consumers from China.

Localization specialist for outsourcing: advantages of an outsourced translator

Challenges in games localization and bringing to Chinese market